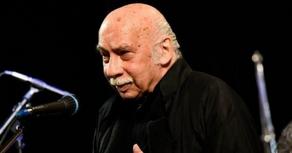 In St Jacobs Church of The Hague, Giya Kancheli’s immortal melodies will reportedly be played as a gesture of respect of the great composer.

His “Yellow Leaves” and melody from film "The Eccentrics" will be aired inside the ancient Church walls. The all-time popular Georgian music works "Suliko" and Revaz Lagidze’s “Tbiliso” were once already played there.

As the Embassy of Georgia to the Kingdom of the Netherlands informs, the idea of live performance of Georgian music at The Hague Bell Tower belongs to young Georgian Ambassador Erekle Koplatadze.

The composer will be buried at the Didube Pantheon on Oct 5, with the wake being held on Oct 3-4 on Tovstonogov street #6 in Tbilisi.

The illustrious composer left a legacy of glorious music for both the cinema and the theatre. He also created a number of orchestra works, choral and opera music, etc.