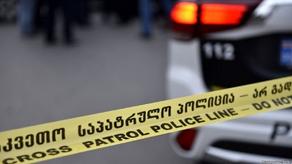 1TV, the Georgian television channel operated by Georgian Public Broadcasting (GPB), reports that its cameraman has been physically assaulted in the Marneuli municipality, with cameras of the camera crew destroyed. The incident occurred during clashes between the Georgian Dream and the National Movement activists.

A while ago, Mtavari Arkhi TV channel reported that its staff members were subject to violence in Marneuli, with its journalists and two cameramen battered.