How Georgia's wine industry came back from oblivion 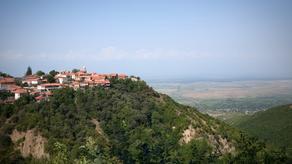 CNN Travel dedicated an article to Georgian wine. The history of Georgian wine producing is reviewed in details.

The article says that 6 thousand years before Christ turned water into wine Georgians of stone era turned grapes into wine. It is the merit of those people that we can enjoy the variety of wine sorts starting from French wine and ending up with New Zealand wine.

Despite the above the sorts of wine from the wine motherland are still unknown to the gastrologists from the West even today.

Today the Georgian wine industry is in renaissance process after 100 years of isolation. The Soviet era negatively affected the wine industry of the country by establishing the practice of bad wine production. This little country being the size of West Virginia state used to be the main exporter of the former Soviet Union. Due to the fact that the target of former USSR was quantity and not quality the country focused on production of Saferavi and White Rkatsiteli. While the unusual but low yielding capacity sorts gradually disappeared. Georgia produces 7 sorts of wine from 563 species of vine grapes.

In parallel the villagers managed to produce the desirable home-made wine in small amounts in the household conditions.

After disintegration of the Soviet Union Georgia maintains the export to Russia which is the main market for the country.

2006 became a crucial time when the President of Russia, Vladimir Putin, imposed embargo on Georgian wine and the country lost 90% of its market in one night. It was a punishment of the country in response to the decision to choose the western development course.

In search for new partners and markets the country became compelled to improve the quality of the wine.

In parallel with the big wineries small ones found the partners in China, Middle Asia and Central Europe. The Georgian wine managed to obtain its niche in which they had no competitors and restored the method of“qvevri” (big vessels made of clay dug into ground) wine producing which has 8000-year history.