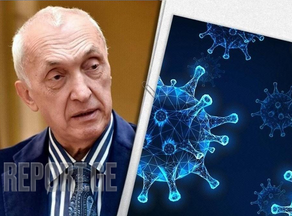 According to Tengiz Tsertsvadze, the director of the Infectious Diseases, AIDS, and Clinical Immunology Research Center, the new coronavirus strain, which has been reported in several countries since the United Kingdom, is characterized by faster transmission than the existing one.

"There was credible information in July that a new strain had emerged just like the one we have now. But it turned out that it was not significantly different from the existing, classic strain. It did not have any special features, was characterized by a little more transmission but did not affect mortality. Something similar is happening now, in England, with this newly discovered strain, found in the south of England and spread quite widely there. It is estimated that 30 percent of those infected in England today are infected with this new strain, and it is not a small percentage. It spreads more easily. Its coefficient of transmissibility, contagiousness, is higher than that of a normal strain, whose contagiousness coefficient is usually 2.5," Tsertsvadze said.

A new species of coronavirus was discovered in the UK this week.

The World Health Organization has confirmed that a new strain of COVID-19 discovered in the UK is more contagious than the one existing before.

European countries have suspended flights to the UK due to the discovery of a new strain of coronavirus.

The Prime Minister of the United Kingdom, Boris Johnson, has said that the new SARS-CoV-2 detected in the south of the country is 70% more infectious.