Humanitarian relations to expand between Georgia and Azerbaijan

Humanitarian relations to expand between Georgia and Azerbaijan 24 September, 2020  15:23 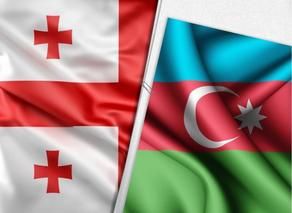 "Georgian-Azerbaijani humanitarian relations will expand," the Minister of Foreign Affairs of Georgia, Davit Zalkanian, said after a meeting with his Azerbaijani counterpart.

According to him, at the initiative of the President of the Republic of Azerbaijan, a Georgian school was built in Kakhi last year. Although the school has the capacity to teach 250 students, it currently has 160 of them.

"We are grateful for the support of our Azerbaijani colleagues in rehabilitating our schools and theater in the Kaki region. There was personal support from the Azerbaijani authorities and the President himself. I want to thank him for that," said David Zalkaliani.

According to the Minister of Foreign Affairs of the Republic of Azerbaijan, Jeyhun Bayramov, an action plan for the humanitarian sphere developed between the two countries last year, but it got temporarily postponed due to the pandemic.

"I hope we will see the result of our relationship in the nearest future," Bayramov said.