"I made the hardest decision": Georgian Minister of Internal Affairs 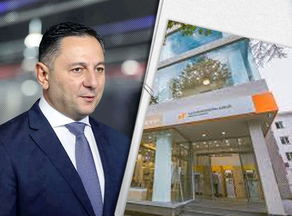 Vakhtang Gomelauri, the Minister of Internal Affairs of Georgia, who is now in Zugdidi, has made his first comment on the recent special operation there.

Gomelauri thanked the Chief of the regional police department in Zugdidi, who surrendered to the captor as a hostage, and defined his decision as heroic.

The minister also stressed that their main task is now to find and arrest the criminal and added that he cannot release any information at this point since this will harm the ongoing investigation.

"Yesterday, we had an immensely hard day and night; it was hard for everyone, for 43 hostages, and for us.

First of all, I want to stress that the MIA, our government, and we spared no effort to keep everyone safe. This was the first goal we set. We have agreed on this with our prime minister, whose very first instruction was not to harm anybody, and we did everything in our power to follow this instruction. You saw that the hostages were released gradually: 14 first, seven later, and so on. Then our employee came to us, and we offered to give him five or ten people as many as he wanted, but he refused. He took with him one man only. I want to express my gratitude to Mr. Avto Galdava, who sacrificed his life. I assure you this was not easy; making the decision of putting an employee in a life and death situation was not easy. I made the hardest decision; it was also hard for Mr. Galdava, but he did not step back and never changed his heroic decision," the minister said, adding that they made strenuous efforts to apprehend the criminal, but he managed to escape at dawn.