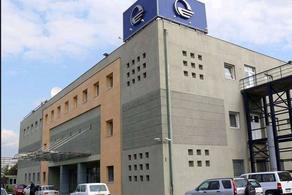 The Imedi TV Company has released a statement, which is presented below:

"The Imedi Holding is voicing concerns over double standards, which we have noticed for the last few days. Indictments and accusations against us are entirely beyond our understanding, considering that we and only we were once faced with unfairness due to the decision by our competitor Rustavi 2 TV Company. Rustavi 2 stopped paying taxes and informed us about this by issuing an on-air comment. The TV Company openly refused to meet its tax liabilities, and, by doing so, it gained an unfair and undeserved advantage over us. Rustavi 2 improved broadcast and media products by refusing to pay taxes and "saving" money, with this being proportionate of its increased revenue. However, we did not witness either a protest rally or any complaints against those people who created that uneven playing field. Despite the decision by Rustavi 2, The Imedi TV Company kept paying taxes before we found ourselves in a stalemate: the balance between our revenues and expenses hampered our proper operation. Precisely this is the reason why Imedi had to stop fulfilling its tax liabilities. We also want to remind you that shortly after the Finance Ministry called upon the media outlets to pay their debts, we presented them with our debt documents. Soon we started paying off our debts, and eventually, we paid them off," reads the statement by the TV Company.