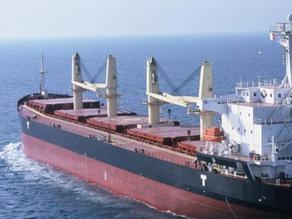 The Georgian sailors abducted by pirates are safe, and their lives are not under threat, according to Tamar Ioseliani, the Director of the Maritime Transport Agency of Georgia.

"We have contacted the vessel owning company, which has provided us with updated information, and we are now certain that the bullets were fired straight up into the air. No one has been injured on board of the ship, with kidnapped members being also unharmed. I have been in touch with those crew members who have been on board the ship so far. Among these members, there is one Georgian who has confirmed that he is safe and unharmed. As for the abductors' requirements, for a few days, we will abstain from communication with them and, accordingly, we will have to wait," Ioseliani said.

Several Georgian sailors were abducted in the vicinity of the African city of Lagos a few days ago.