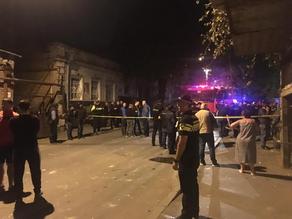 The Ministry of Internal Affairs has launched the investigation into explosion having happened on the fifth floor of a residential building on #38 Tevdore Mgvdeli Street in Tbilisi. The body has also released an official statement in relation to the accident.

According to MIA, the investigation into the case is in progress under part 1 of article 240 envisaging violation of construction-related occupational safety.

One person has reportedly been injured in the accident and transported to hospital.

"Explosion has presumably occurred in the apartment due to a gas leak. Nobody has been killed after it.

30 firefighters and rescuers, patrol police crews, ambulances and all corresponding services are on the scene of the accident, " states the MIA.