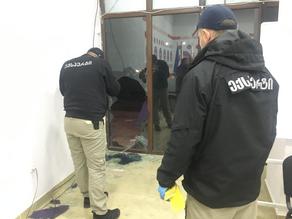 The investigation has reportedly been launched into the act of vandalism committed outside the National Movement office in the city of Zugdidi. The investigation is in progress under article 187 envisaging property crimes.

Supporters of the ruling party held a rally outside the National Movement office, pelted it with eggs and brooms and also broke its windows.