Irakli Gharibashvili: I express my condolences to the family of Jano Bagrationi in these difficult moments 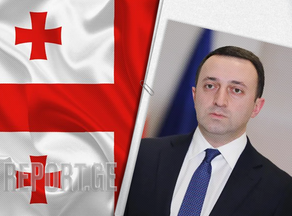 The Prime Minister of Georgia, Irakli Gharibashvili, expresses his grief over the death of Jano Bagrationi.

The head of the government writes on his official Facebook page that Jano Bagrationi brought many victories to Georgian sports and then served for decades to educate young athletes.

"I express my grief over the death of famous handball player, coach and sports figure Jano Bagrationi.

Mr. Jano brought many victories to Georgian sports and then served to educate young athletes for decades. At the same time, he became an exemplary citizen for friends, colleagues, young people.

I express my sincere condolences and support to Jano Bagrationi's family members and relatives in these difficult times," the Prime Minister said.