Iron dams being dismantled in the village of Gumati 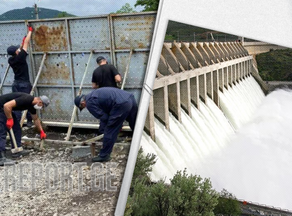 According to the Ministry of Internal Affairs, iron dams are being dismantled in Gumati. The agency calls on the opponents of the HPP to uphold the law.

"The Ministry of Internal Affairs is launching the dismantling of iron dams located near the village of Gumati in Tskaltubo Municipality for security reasons. Police officers will remain in Gumati and Rioni Valley due to security measures and will maintain public order.

The Ministry of Internal Affairs, the agency responsible for maintaining law and order, calls on the citizens who oppose the construction of Namakhvani HPP to observe the requirements of the law during the assembly and expression and to obey the lawful requirements of the police. In the event of any violation, the police will act following the law and respond to each such incident," reads the statement.