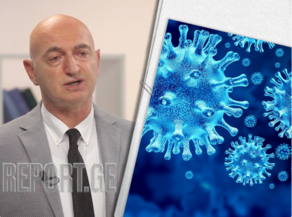 "Today's infection rate, more than 3 500 cases, indicates that the Omicron variant is probably behind these cases, as last Tuesday's data showed almost 1 000 less," Ivane Chkhaidze, the head of the Immunization Advisory Board, the director of the Iashvili Children's Hospital stated.

According to him, the forecast of epidemiologists was justified. At the same time, Chkhaidze explains that the number of laboratory-confirmed cases of "Omicron" does not reflect the number of cases in the country, and in fact, the number is much higher.

"When we say that there are 144 laboratory-confirmed cases in the country, it does not mean that a similar number of cases are actually in the country," said Ivane Chkhaidze.