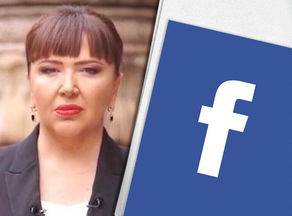 Journalist and television presenter Inga Grigolia has responded to the latest developments in the Girchi [Geo. Pinecone] party on social media and called for the restoration of friendly relations between the party leaders.

Yesterday, Zurab Japaridze, the leader of the Girchi party, wrote on social media that he was going to stop cooperating with his party members Iago Khvichia, Vakhtang Megrelishvili, and Alexandre Rakviashvili.

Iago Khvichia, a leader of the party, earlier responded to the detention of a person over purchasing, storing, and possessing child pornography materials in his comment on social media.

Nino Darsavelidze, the co-founder of the Girchi party, also released a statement in which she required that the general meeting be convened in the party.