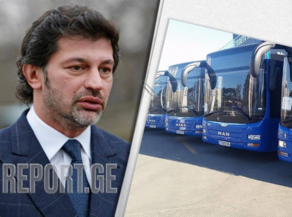 "With a modern, "smart" public transport system, everyone will be able to move around the city comfortably and quickly," Tbilisi Mayor Kakha Kaladze stated during his speech at the City Assembly sitting.

The Mayor of Tbilisi spoke about the large-scale projects already implemented and planned in the field of transport policy in the capital.

"By the end of the year, the minibusses will be completely replaced and will move to the appropriate routes. Also, metro modernization and eco-friendly transport promotion projects will be implemented. We are creating ten transit corridors, and synchronization will be carried out in a single system of all types of public transport. Two hundred more new buses will be added to Tbilisi," said Kakha Kaladze.

According to the Tbilisi mayor, the average bus waiting time will be reduced from 20 to seven minutes as a result of the mentioned measures.

Today, the Tbilisi City Assembly is discussing the issue of approving the new composition of the municipal government.