Kakha Kaladze: The society responded to the political forces thirsting for revenge 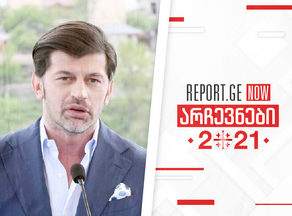 Kakha Kaladze, the mayoral candidate of the capital, said that he has three more years to go through the forces of the political spectrum to recover and develop the economy, as well as the social conditions of the citizens.

"With today's victory of the Georgian Dream, Georgia has won its stability, peace, progress, and development. Georgian society has once again given a worthy response to the political forces thirsting for revenge, which threatened our state with violence and unrest. Today will be a solid foundation for the peaceful development of Georgia," Kakha Kaladze said.