Kakha Kaladze: There will be no New Year's village this year 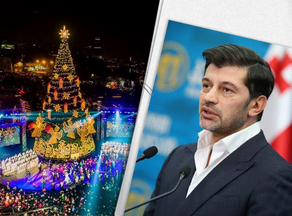 According to the Mayor of Tbilisi, Kakha Kaladze, the City Hall decided not to have a New Year's village this year due to the epidemiological situation.

"We know the difficult situation in our country and the world; we are fighting a pandemic. To take care of each other's health and lives, we decided that New Year's village could not be implemented this year. It would create a center of attraction; many people would come and create a dangerous situation. Therefore, the New Year village cannot take place this year," Kaladze stated.

According to the Tbilisi Mayor, the project's money will be spent on families in need.

"This project costs about GEL 700-800 thousand. The amount will be directed to the reserve fund. We will help the families who need our support the most and provide them with food in the days before New Year," said Kakha Kaladze.

The Mayor of the capital thanked the business sector for the support and noted that the beautifully decorated and illuminated city for the New Year would be their merit.