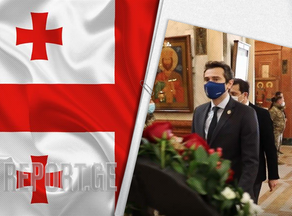 The Speaker of the Parliament of Georgia, Kakha Kuchava, together with the deputies, visited the Trinity Cathedral, where he paid tribute to the memory of those who went missing during the 1992-1993 conflict and expressed his condolences to their family members.

Four of the eight people who went missing due to the conflict will be buried today at the Digomi Brothers Cemetery with military honors, while the rest of the citizens will be buried at various locations, including the ancestral cemeteries, by the decision of their families.

The transfer of eight missing persons as a result of the hostilities in the 1990s was made possible by the joint efforts of the Office of the State Minister for Reconciliation and Civic Equality and the International Committee of the Red Cross.