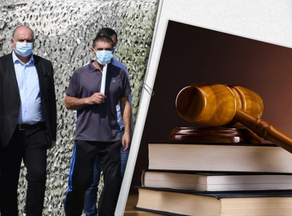 Khvicha Mghebrishvili, arrested on charges of violating the so-called border, was released from Tskhinvali prison.

Mghebrishvili crossed the so-called border a few minutes ago and is currently on the territory controlled by Georgia.

The released Georgian citizen will return to his family after the mandatory quarantine.

According to Irakli Antadze, the head of the analytical department of the State Security Service, Khvicha Mghebrishvili, released from occupied Tskhinvali, is in good health, and there are no signs of violence on his body.

Mghebrishvili, kidnapped by the occupants, was detained for several months for crossing the so-called border. The information about his release was announced after a meeting in Ergneti yesterday.