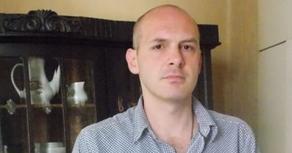 Georgian writer Rezo Tabukashvili is withdrawing from the literary competition called Litera as a jury member. He said in his Facebook post that authors are pulling out of the competition one after another.

''I have been serving on the jury for the first time. No author has been left and no one to compete. They themselves will familiarize you with their views. I am quitting my jury duties, and I have once again lost a desire to participate in any literary competition,'' Tabukashvili said in his Facebook post.

Contestants are dropping out of Litera literary competition to protest against Minister of Culture Tea Tsulukiani, with a great number of writers, poets, and designers, including Toresa Mosi, Jaba Zarkua, Mate Saralishvili, Irakli Kakabadze, Davit Kashiashvili, Teona Chanishvili, Zviad Kvaratskhelia, and many more, having already refused to participate in the competition.