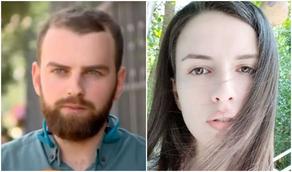 Bachana Lobzhanidze does not exclude that he may be labeled a prime suspect in late Tamar Bachaliashvili's case. On this occasion, he may even apply for a political asylum abroad.

"Her mother claims that I lured her out of the house. Against this backdrop, I do not rule out that they may turn everything against me. Tamar turns out to be a saint and I a murderer. This is a baseless claim. I have already apologized to Tamar's mother for our previous conversation. If they stoop to this, I may ask for a political asylum," Lobzhanidze declared.

Tamar Bachaliashvili, a 23-year-old programmer, was an employee at ZEG Company.

"The company serves clients who produce clips for sale,and this is not consistent with the Georgian mentality. The company works on phonographic video clips," Bachana Lobzhanidze said yesterday about the company.

Today, the houses of ZEG employees were searched.

Tamar Bachaliashvili, 23, was found dead on 22 July in the Tetritskaro village. The Central Criminal Police Department of Tbilisi is looking into the case at the family's request.