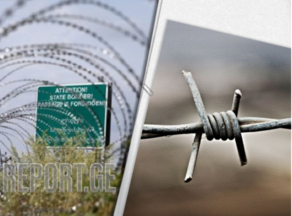 Malkhaz Vanishvili escaped from the Russian military to the territory controlled by official Tbilisi.

The State Security Service confirmed the information to report.ge.

The person who escaped from the occupants is now at Khurvaleti police station, where he is being interrogated.

Malkhaz Vanishvili, the grandson of Data Vanishvili, who lives in the occupied territory, moved to occupied Tskhinvali with his eight-month pregnant wife and applied for citizenship.

The young man received the citizenship of so-called South Ossetia, and the pregnant woman was handed over to the Georgian side today.