Man dies in the subway 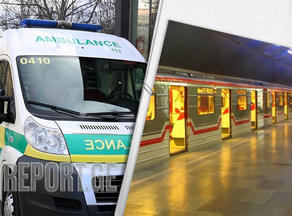 A middle-aged man died in the Metro "Isani."

Ambulance crews are on the scene. They provided him with emergency care. However, he could not be saved.

Reportedly, he had cardiovascular problems.

As the Ministry of Internal Affairs told report.ge the investigation into the case has been launched under Article 115 of the Criminal Code of Georgia, which stipulates leading individuals to suicide.