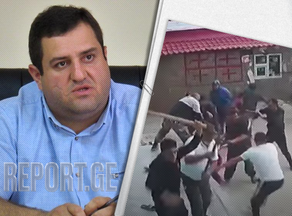 "If anyone wants to create tension through speculation, this should definitely be the subject of investigation,"' the mayor of Dmanisi, Giorgi Tatuashvili, stated.

He said all parties should sit at the negotiating table in a friendly environment.

"People involved in yesterday's incident have been brought to justice, and an investigation is underway. If someone started speculating on this topic and wants to escalate the situation is wrong, it is a non-state action. All parties should sit at the negotiating table. Investigative actions have been launched against those who took part in yesterday's incident, and it is expected that some of them will be brought to justice," Giorgi Tatuashvili said.