MIA: 5500 protesters at the Parliament 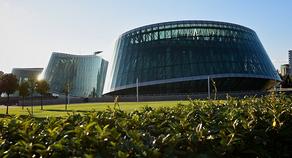 Ministry of Internal Affairs held the briefing on the act of protest in Rustaveli avenue for the media representatives.

Based on the information there were 5500 protesters in the territory next to the Parliament; in the Republic Square – 1500 protester; and, in Batumi – 50 protesters.

According to the information provided by Vazha Siradze, the Head of Patrol Police Department, no one has been detained by the moment. Despite a minor incident the protest was of a quiet character in general.