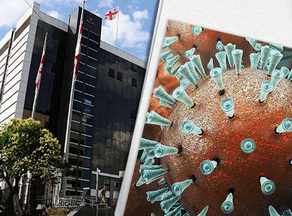 The Ministry of Defense releases a statement. According to a statement issued by the agency, there was no need for quarantine at the Senaki military base.

The agency calls on media outlets to refrain from disseminating unverified information.

"The military serviceman of the 2nd Brigade of Senaki tested positive on COVID-19 after the stay in Batumi. The military serviceman was in Adjara at the time of dismissal. Due to his presence in an increased risk zone, he got examined following established protocol before being admitted to the military base. It should be noted that he had no contact with the personnel of the military unit. Consequently, there was no need to quarantine the area.

The Ministry of Defense calls on the media to refrain from spreading unverified information and wait for the Ministry's official response. Media outlets must not identify a specific military base. The public must know that the dissemination of information on these and other similar issues depends on the particular objectives of the defense and operational readiness tasks. This approach is an internationally accepted practice and is in line with the information policy of NATO member states," the Ministry said in a statement.