Natia Turnava: It is unacceptable to present it as an ethnic conflict 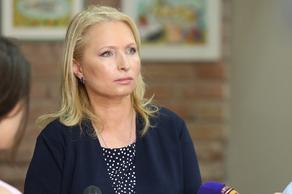 "A quite sad fact happened in Dmanisi. Police and MIA are involved, an investigation is underway. As we know, the Ministry of Internal Affairs has already made several statements," the Minister of Economy, Natia Turnava, stated.

As Turnava explained, the conflict began on a domestic basis, and it is unacceptable to present it as an ethnic confrontation.

"This conflict must not be presented as a confrontation on ethnic grounds, which would be absolutely unacceptable," Natua Turnava said.