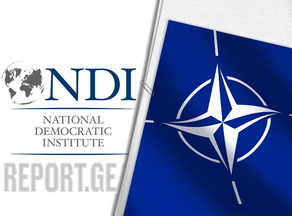 While being asked about the goal of the Georgian government to become a member of the European Union, the number of respondents who have the same interests increased by four percent compared to June 2020, from 76 to 80. The desire to join the EU is unacceptable - for 12 percent, while 8 percent do not know the answer.

The NDI survey was conducted on December 17-24, 2020, based on 2 053 telephone interviews across Georgia, among the adult population of the country (excluding the occupied territories). The average margin of error is +/- 1.1%.