NDI survey: Percentage of those willing to be vaccinated 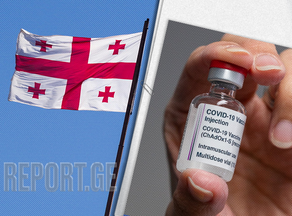 According to a survey published today by the National Democratic Institute (NDI) and CRRC-Georgia, less than half (42 percent) of the population evaluates the government's vaccination plan as effective, and only 35 percent say they would be vaccinated if possible; 53 percent said they would not get vaccinated, while 12 percent said they do not know.

According to the study, women and citizens under 55 are more skeptical about vaccination than others. Those who say they will not be vaccinated cite distrust of the vaccine's quality (48 percent) and the belief that they can overcome the pandemic without vaccination (20 percent).

Citizens receive information about Covid-19 mainly through television (60 percent) or online (35 percent), while in terms of reliability of the information, medical workers (74 percent) and the National Center for Disease Control (68 percent) are selected.

The survey was conducted on February 17-24, based on a representative sampling of 2,024 telephone interviews across Georgia, among the country's adult population (excluding the occupied territories). The average margin of error of the survey is +/- 1.4 percent. Respondents were randomly selected by dialing. NDI surveys are funded by the Government of the United Kingdom UK aid and conducted by CRRC Georgia.