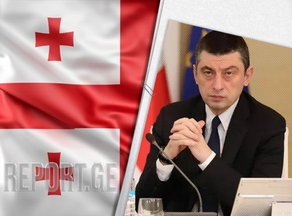 According to a December poll by the National Democratic Institute (NDI), 50% of respondents rated the current government positively and 38% negatively. As for the assessment of Prime Minister Giorgi Gakharia, 46% of the respondents evaluate him positively, 32% as average, and 17% negatively.

According to the NDI survey, 36% of the respondents evaluate the President of Georgia Salome Zurabishvili negatively, 34% as average, and 15% as good.

According to the poll, 15% evaluate the parliament's activity as good, 34% as bad, and 36% as average. The courts' activities are positively assessed by 13% of respondents, average by 30%, and negatively by 29%.

As for the evaluation of the activities of the Central Election Commission, 32% of the respondents evaluate it negatively, 27% as average, and 24% as good.

For reference, the organization conducted fieldwork on December 17-24 last year. The survey includes 2,053 completed interviews. The average margin of error is +/- 1.1%. Respondents were selected through a simple random method. Interviews were conducted in Georgian, Azerbaijani, Armenian, and Russian. The survey includes representatives of the total population of Georgia (excluding the occupied territories). Besides, the study is representative of Tbilisi, urban and rural type settlements.