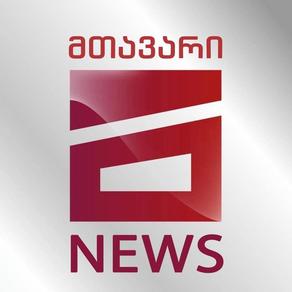 Nika Rurua’s daughter Mari Ana Rurua has bought shares of the “Mtavari Arkhi” Channel, with the application having already been registered in the National Agency of Public Registry; however, these changes have not yet been enforced.

The company shares are given away by one of the shareholders Kakhaber Anjaparidze, who has alienated 2.5% of shares out of 46.5% for 2 5000 GEL.

After the changes had been registered, Nika Gvaramia became an owner of the controlling package (51%), with Kakhaber Anjaparidze being left 44% and Giorgi Rurua and Mari Anna Rurua 2.5% of shares respectively.

The “Mtavari Arkhi” TV Channel was founded by Nika Gvaramia, who was removed from the post of director of Rustavi 2 TV Company. He decided to found a new channel after being forced to leave Rustavi 2.