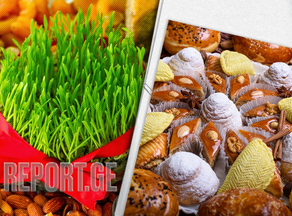 Novruz marks the first day of spring and is celebrated on the day of the astronomical vernal equinox. Novruz is a Persian word where 'Nov' means 'new' and 'Ruz' is defined as 'day'.

Novruz holds great significance. Its celebration dates back as far as the 7th century B.C. and the rule of the Achaemenid Empire.

Novruz bayramı holiday is one of the most important and favorite holidays of Muslims. However, it is not a religious holiday but rather a universal celebration of new beginnings: the symbol of nature coming back to life with the advent of spring. It is associated with rebirth that accompanies the return of spring.

Novruz is celebrated on March 20-24, with March 21 (equinox) being its culminating point. People organize feasts, cook traditional dishes, and participate in various events and rituals.

On September 28, 2009, UNESCO listed Novruz on the Representative List of the Intangible Cultural Heritage of Humanity. In 2010, the U.N. General Assembly recognized Novruz as an International Day.