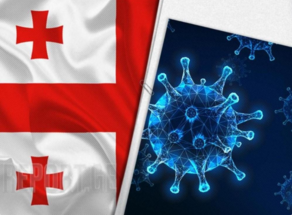 According to the Deputy Minister of Health, Tamar Gabunia, 24 cases of "Omicron" have been reported in Georgia.

As she said after the Coordinating Council meeting, the "Omicron" strain is mainly characterized by light or medium symptoms.

"Even more data has emerged about its rapid spread. We are talking about the fact that it can very quickly reach large populations, which creates the main risk associated with this strain. The incubation period is shortened to 3 days. It can easily be transmitted and show signs of the disease; it is more focused in the age group between 20 to 45 and can spread in children. Mild or moderate cases are predominant so far, although the need for hospitalization is not ruled out here, and of course, an unfavorable situation may arise. We have confirmed 24 cases. All are light cases. The first two cases were announced on Monday, their contacts were investigated, and everyone tested positive. Most of them were vaccinated," said Tamar Gabunia.

As Gabunia noted, a very rapid increase in confirmed cases is expected in the second half of January, after January 15th.