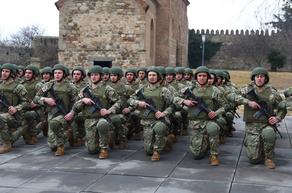 The Georgian Defense Forces has recruited 62 new military men. They have taken their enlistment oath in the yard of the Castle of King Erekle.

Commander of the National Guard Colonel Irakli Chumburidze congratulated recruits on their enlistment and once again introduced them to the vision of the Defense Minister. He wished them their country's true and laudable service and success.

After the oath-taking ceremony, successful military men were awarded Certificates of Appreciation. Before taking the oath, recruits underwent a ten-week Basic Combat Training Course (BCT). From now on, they will serve in the 20th brigade in the city of Telavi for nine months.

The representatives of the Georgian Defense Forces, Governor of Kakheti Irakli Kadagishvili and military men's family members, attended the event, according to The Ministry of Defence of Georgia.

After the festive ceremony, one of the officers, Giga Ramazishvili, suddenly proposed his girlfriend Sopo Bakuradze, and their relatives and friends congratulated them. 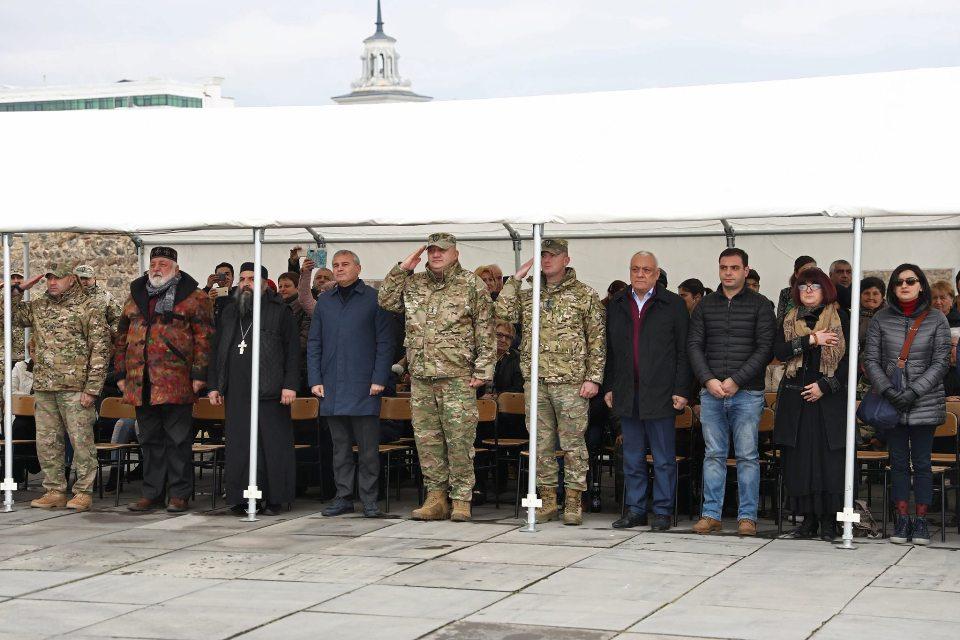 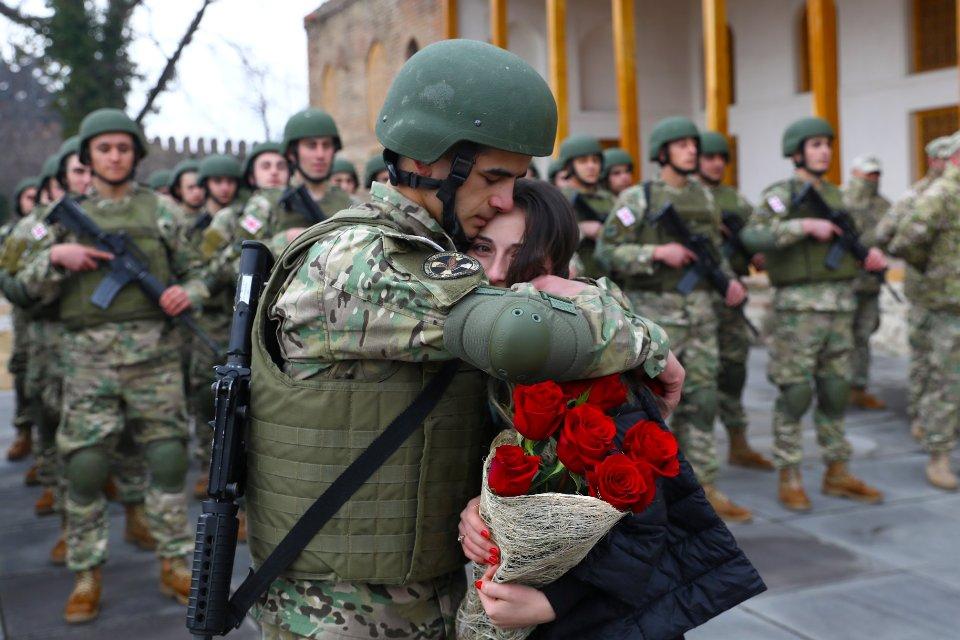 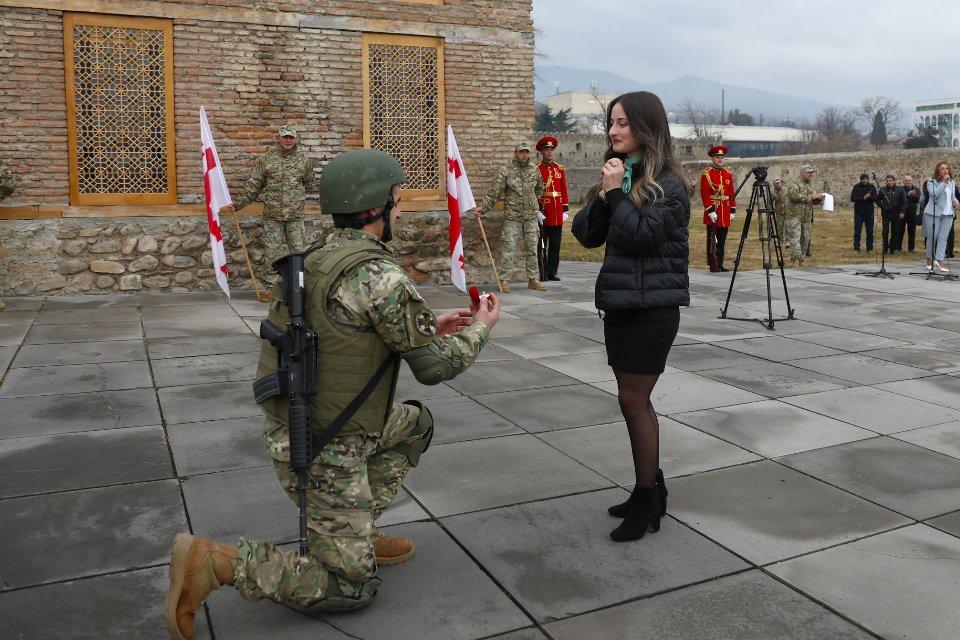