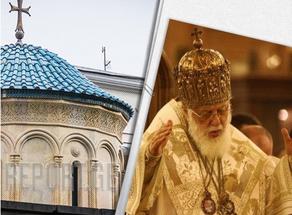 The Patriarchate of Georgia has released information saying that the Catholicos-Patriarch of All Georgia Ilia II, along with the clergy and religious leaders, has received Ambassador Annika Söder, Special Representative of the OSCE Chairperson-in-Office for the South Caucasus, and other delegation members.

''At the meeting, the reference was made to the existing situation in the breakaway regions. The necessity of taking peaceful and effective steps to resolve the issues was noted.

The delegation head thanked the Catholicos-Patriarch of All Georgia for reception and pointed out that efforts made by His Holiness in releasing Zaza Gakheladze were crucial.

His Holiness thanked Annika Söder, Special Representative of the OSCE Chairperson-in-Office for the South Caucasus, and international organizations which perform observation and humanitarian missions in the conflict zone,'' the statement reads.