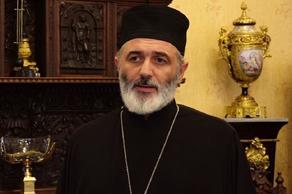 Father Andrew Jaghmaidze, the Press Secretary of Patriarchate release a statement regarding the arrest of the monk in Zugdidi.

“This person did not belong to our church. He was not part of the Diocese of Zugdidi and Tsaishi. He became a monk on Mount Athos and when returned to Zugdidi, lived in his house. He definitely was not a servant of our church", a spokesman for the Patriarchate said.

Police have arrested a monk from Mount Athos. The investigation charged him with possession of a large amount of drugs.

According to the Ministry of Internal Affairs, another person was arrested for drug offence as well.

Investigation is in progress under the article 260 of the Criminal Code of Georgia, which implies illegal purchase and keeping of drugs.

The crime is punishable by up to 6 years in prison.