Patriarchate: We were in favor of releasing Deacon 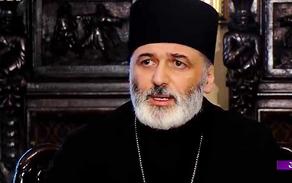 According to him, with the release of Giorgi Mamaladze, the actions against the church would be over.

"Despite three years of allegations, the motion for pardon was initiated by the Synod with the initiative of His Holiness, and a letter was sent to the President. The President announced her decision today, explaining her choice. It would be important, acceptable, and desirable for us to have the Deacon released," Andria Jagmaidze said.

The President of Georgia did not pardon Deacon Giorgi Mamaladze. Salome Zurabishvili shared her decision at a special briefing held at the President's Administration regarding Christmas pardons.