Plane from Berlin lands in Batumi 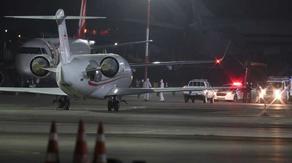 A plane from Berlin has landed at the Batumi airport, with more than 180 Georgian new arrivals. They have undergone entry checks at the airport and sent to quarantine areas in special transport afterward.