Protest rally held in front of the Ministry of Health 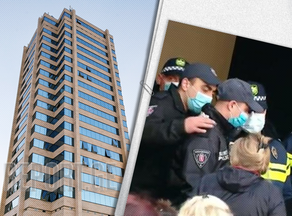 A protest rally is held in front of the Ministry of Internally Displaced Persons from the Occupied Territories, Health, Labour, and Social Affairs of Georgia. Patrol police units are mobilized on the spot.

IDPs from the occupied territories are holding the protest. They say they have been waiting for apartments for a long time, but so far, their demand has not been met.

According to the protesters, the process of transferring the apartments is unfair. They demand to raise the issue of responsibility of the officials.