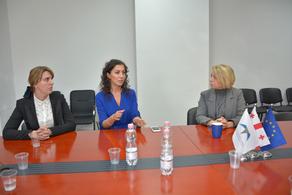 The Public Defender got acquainted with the details of the case with the help of the victim and her lawyer, including possible shortcomings in the investigation.

The Prosecutor General of Georgia has charged Tbilisi City Council member Ilia Jishkariani with attempted sexual harassment against his co-worker Tamta Todadze. Todadze was recognized as the affected by the General Prosecutor’s Office.