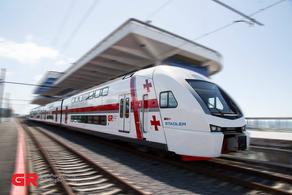 According to the Georgian Railway, the reason behind the fire in the passenger train on the Zugdidi-Tbilisi train was the short circuit.

"Today, on February 14, a short circuit on the train caused smoke at the Abasha station, on the Zugdidi-Tbilisi line. As a result of the accident, the train stopped, and the company used alternative means of transport to take the passengers to their destination. No passengers were injured. The investigation is ongoing. Georgian Railway apologizes for the delay, and will refund any person who submits a travel document within two days," the Georgian Railway said in a statement.

Zugdidi-Tbilisi passenger train caught fire. The fire broke out in one of the train carriages. According to the Emergency Management Service, three fire-rescue vehicles are operating at the scene. The firemen were able to localize it, and no one got injured.