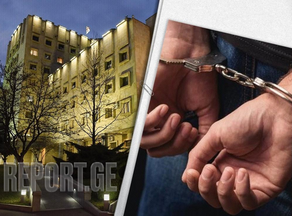 Deputy head of Telavi Department of the Kakheti Regional Police Office, identified only as V.Z., has been arrested for the murder in Kakheti yesterday.

As Georgia’s Prosecutor’s Office reports, V.Z. killed a person, identified as Z.S., for revenge, after a personal conflict with him.

He used the firearm.

The crime was qualified as premeditated murder.

“The investigation showed that on December 26, 2020, in the village of Ikalto, Telavi district, after a conflict, V.Z. premeditatedly killed Z.S. by the use of a firearm. Another person, identified as L.B., was injured. The investigation is in progress,’’ the Prosecutor’s Office reports.