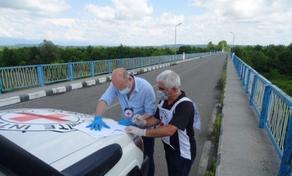 The bodies of 13 people (six soldiers, seven civilians) who went missing during the armed conflict in Abkhazia have been transferred from the occupied territories of Abkhazia. The official handover and burial ceremony is scheduled for April 23-24. The Office of the State Minister informed Report.ge.

The civil funeral will be held at the Trinity Cathedral on April 23, from 17:00, and April 24 from 11:00 to 14:00. Depending on the wishes of the families, the burial of the remains is planned at various locations, including ancestral cemeteries; The funeral of 4 of the identified bodies will be held on April 24, at 15:00, at the Digomi Brothers Cemetery.