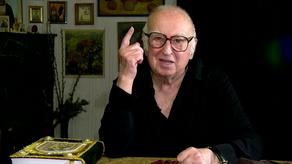 A civil funeral was held at the Trinity Cathedral. The family of the deceased, government officials, and politicians expressed their condolences.

The Prime Minister of Georgia, Irakli Gharibashvili, expressed his condolences to the family.

Rezo Amashukeli died at the age of 85.