Rik Daems: You have a bit of a weird elections, I've never seen anything like it 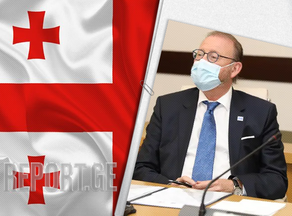 "You have elections in October. As I understand it, it will be a local election, but as a national referendum, I have never seen such a thing," the President of the Parliamentary Assembly of the Council of Europe Rik Daems stated after his meetings in Parliament.

"You are creating something new. I do not know how much it will work; it's a bit strange, you are going to elect mayors, and it is somewhat a referendum against the opposition majority. It's interesting, but I'm not going to interfere," said Rik Daems.