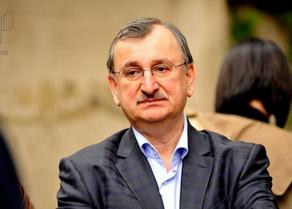 “We demand an immediate investigation of the fact,” - the leader of the National Movement Party,Roman Gotsiridze, reacts to the C Hepatitis Elimination Program’s medicaments validity issue.

According to him, there is a doubt of the medicaments trade facts and insists that the prosecutors need to get interested in the fact.

“These are the facts of negligence, recklessness, and possible corruption”, - said Roman Gotsiridze.

He thinks that the inefficiency of the programs is the result of elite corruption and ineffective management. The number of cured people is 58 thousand instead of 120 thousand that were planned, which, he believes, is due to the existing non-formal oligarchic management form.

Today the Head of National Center for Disease Control and Public Health, Amiran Gamkrelidze, in his evaluation of the C Hepatitis Elimination Program, talked on the medicaments’ expire date.

The validity of a half-billion GEL worse medicaments to treat C hepatitis is expired. The Financial Audit Service publishes the report on the fact.