Samegrelo region may be closed 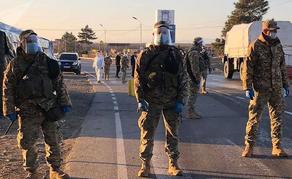 The region of Samegrelo may be closed; no official statement on introducing more stringent quarantine measures in the region has yet been made, but reports go that this will soon happen. A sportsman who has tested positive for the novel virus was also in Zugdidi, with his already traced contacts surpassing dozens. This may prove to be the cause of carrying out stricter measures in the region.

At present, Georgia's defense forces are controlling the entrance to the city of Zugdidi, like those of the other eight cities of Georgia. Movement is controlled here, with citizens having been taken temperature, and in the case of it being higher than usual, they are banned from leaving the city and transported to an intensive care unit instead.

The sportsmen testing positive for the novel virus today apologized to everyone he has dealt with in his video address.