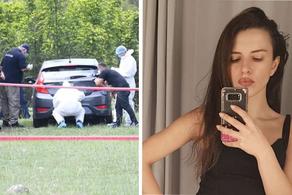 Saturday Formula publicizes that somebody called Tamar Bachaliashvili on her disappearance day at 10:15 by WhatsApp, making an appointment at a specific address.

Reportedly, the reliable source justified the several details which the investigators are working on. The young developer has opened secret files containing compromising information regarding three high-level authorities.

The topic of WhatsApp communication is unknown; nevertheless, after the call, she was threatened. The investigators confirmed with Saturday Formula that during the communication that someone asked Bachaliashvili to come to the location passing Marneuli road to Tetritskaro so that the cameras could catch her movement and thus mislead the investigation.

According to the Saturday Formula, the car was tagged by another car to the place and was neatly cleaned to eliminate DNA trace.