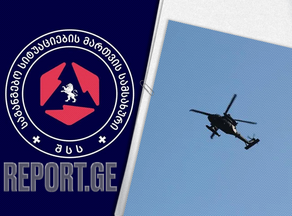 There is a search operation underway for two young men in Adjara, Khino gorge. One of them has a lower limb injury.

According to the Emergency Management Service, the works are being carried out by helicopter.

"Information was received that in Kobuleti, between Khino and Gomi mountains, there were two citizens who could not reach a safe place. One of them had received a lower limb injury.

Three groups of the Fire and Rescue Department went to help the citizens. Due to the difficult terrain, the staff had to move on foot to the valley. Due to poor visibility during the night, the air force could not be included in the process.

Currently, an active search-and-rescue operation is underway in the gorge for two missing citizens," the statement said.