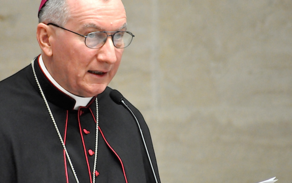 Secretary of State to Pope Francis arrived in Georgia. An official reception in honoring of Cardinal Pietro Parolin will be held at Tbilisi Sakrebulo (City Assembly). Cardinal Pietro Parolin will hold meetings with Georgian governmental officials to discuss issues related to bilateral relations and national and regional challenges. Secretary of State to Pope will arrive at the so-called borderline together with Gori Metropolitan Andrea and State Minister for Reconciliation and Civil Equality Ketevan Tsikhelashvili.

The Cardinal will visit IDPs in Tserovani settlement and meet with family members of Doctor Vazha Gaprindashvili, kept in imprisonment by the occupied regime.

On December 28, at 16:00 Pietro Parolin will give a church service at Virgin Mary Ascension Catholic Church in Tbilisi.

On December 29, Secretary of State will arrive at Didube Center of Caritas Georgia Charity Foundation to meet with representatives of Catholic organizations and discuss the results of the charity activities accomplished in Georgia. Cardinal plans to meet with representatives of the three branches – Armenian, Assyrian-Chaldean, and Latin of the Catholic confession. On December 29, he will meet with Catholicos-Patriarch of All Georgia, His Holiness, and Beatitude Ilia II